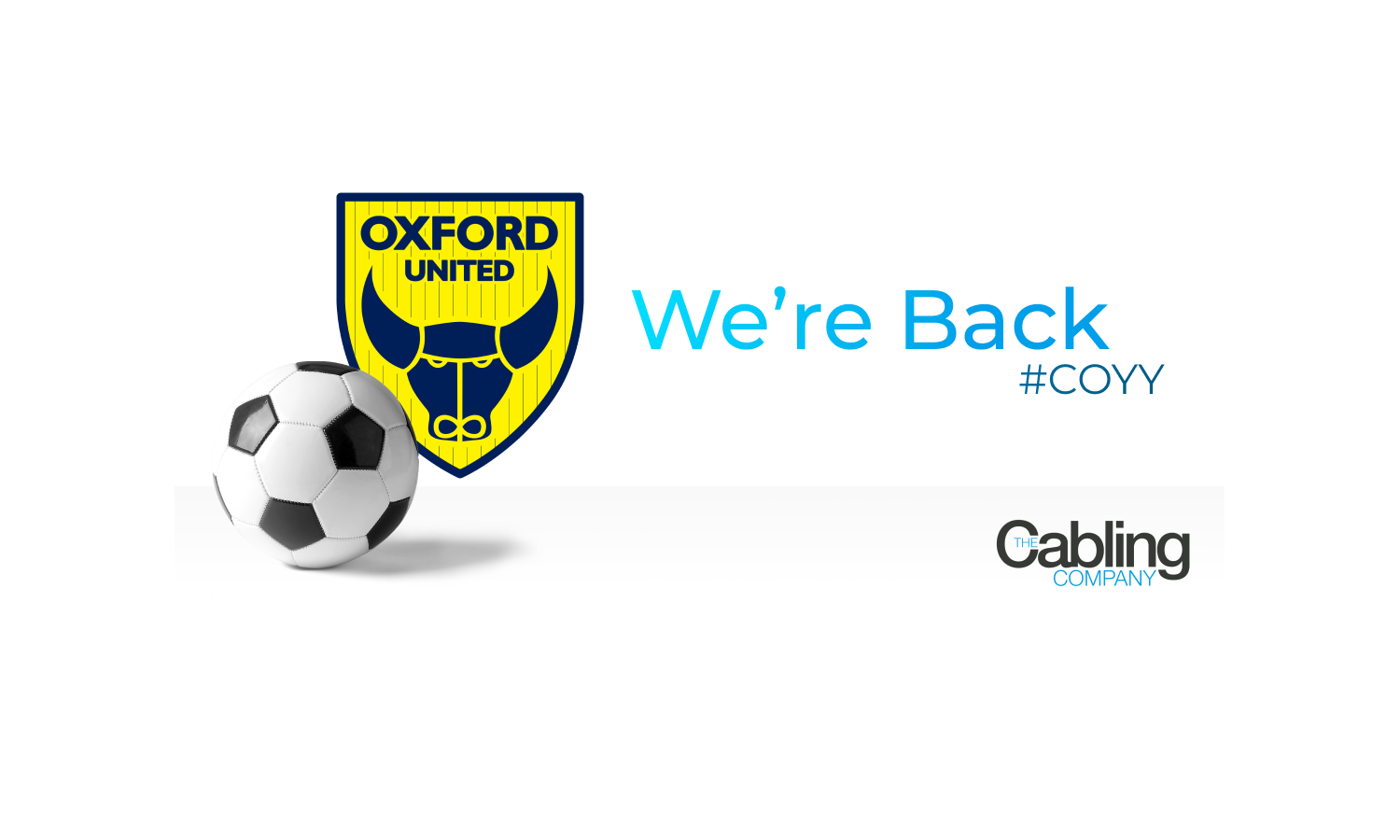 Another Season, another sponsorship!

You may see some familiar faces at the Kassam Stadium again, as we are pleased to announce we are returning to Oxford United Football Club to sponsor the Player of the Month award for 2022/23.

In addition to our sponsorship last year, we are delighted to be sponsoring newly signed, Josh Murphy's home shirt for the season. You may also spot our name around the stadium on a variety of advertising material, including our feature in the latest issue of the Oxford Mail.

This is a sponsorship we are proud to revisit, as David is a familiar face to many U’s fans. As well as previously having a significant role at OUFC as Commercial Manager, his support of the club goes back many years, ever since his father played for Headington United.

We wish the team the best of luck for this season and look forward to the upcoming match this weekend!

Want to stay up to date? Subscribe to our company blog...

Tags: Oxford United, The Cabling Company
Back to Blog

Oxford United team up with The Cabling Company

The Cabling Company Sponsor Oxford United for Player of the Month

Watch this space! You may see some familiar faces at the Kassam Stadium, as we are pleased to...
Read More

Why we invested in Cyber Essentials...

Recently, we decided to invest in achieving our Cyber Essentials Certification, a UK-wide,...
Read More